I have used different aspects of videoing as I have used my iPhone and iPad to take videos in university, as well this I have also made use of a Flip Camera to take videos in school. I am a confident user of video and video recording devices, yet while being on this course I have discovered programs which allow you to do so much more with videos. Below I have outlined a few of the different programs I have used to create and edit videos.

The emergence of YouTube sparked the age of videos a form of not just entertainment, but also a tool for learning and teaching. YouTube is a versatile website which can be used to in numerous ways in the classroom. It can be used as a hook at the beginning of a lesson or unit or it can be used a basis for a unit of work, as I used the file ‘Wallace and Gromit The Wrong Trousers’ as a basis of my Talk for Writing lessons to write an adventure story during GPP with my year 6 class.

Videos can be used in all subjects and are a useful tool for cross-curricular lessons. However, when using YouTube you must be aware of the safety issues and thus use a filter site such as SafeShare before showing the video during a lesson and not simply rely on the school’s computer security system. 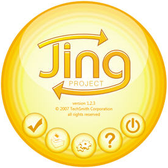 I have used Jing to record my own videos to capture the screen, and the videos of my animations using Stykz, Scratch and Prezi were captured using this program. I then uploaded these videos onto YouTube in order to showcase them on my website. These videos can be found here and here.

This would be a useful program to use in the classroom as it is free to use and allows the user to record the computer screen. It could be utilised in the classroom by recording animations created by children, as I have done on my website. 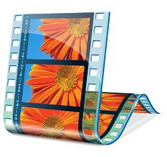 Windows Movie Maker is a program with endless possibilities that allows the user to bring together short snippets of different videos to create a film. It also has features that enable you to add sound and special effects to the films you create. This would be a fantastic program to use in the classroom, although it may be more suited to use in upper KS2, as it allows children the opportunity to let loose their creativity and think up different ways of using and making videos.
The Literacy Shed
During a literacy lesson in university, we were introduced to The Literacy Shed website which promotes the use of videos in literacy as an effective tool to engage pupils. However, it highlights the fact that videos must be used with a clear purpose in mind and children must be told prior to the clip what to look for and what questions will be asked. During the lesson we watched a short video called ‘The Windmill Farmer’ and then used the video as a basis for creating a short poem. This emphasised to me the purpose and advantages of using videos in the classroom as they are excellent resources to use a foundation for lessons. 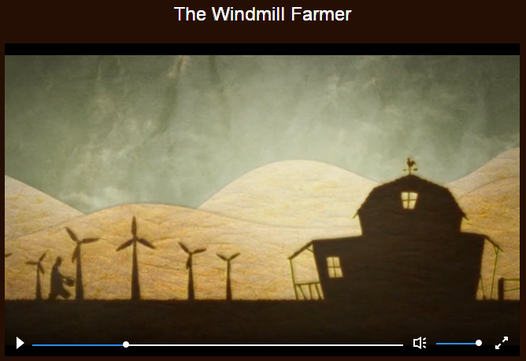 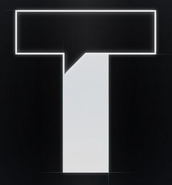 During theme week I was a part of the events management team and I was the facilitator for the ICT group for the event. The team pulled together and created a wonderful website, which can be accessed here, and video for the event. The team used a number of different ICT programs, including iPads, greenscreening, Bee-Bots, AudioBoo, Twitter, Website design and TouchCast. I witnessed the group using TouchCast, a program which is becoming increasingly popular in schools and can be used on the iPad and computer. Click here for how TouchCast can be used in schools. http://www.touchcast.com/education TouchCast allows the user to create broadcast type videos and it is also beginning to be used by newsrooms on TV. The ICT team used it to record videos and then edit these to create a short film which can be watched on the website. 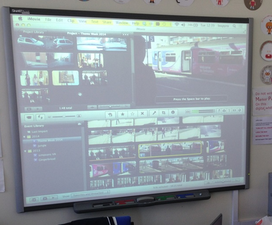 When I was a TA at a primary school prior to the P.G.C.E, children in the school created a nature documentary in which they drew, painted and designed a series of different animals in 3D and created an animation video which then won them the Grand Prize in the UK Film Festival.

Videos are becoming increasingly popular in teaching and children are able to not only watch videos, but they also have the capacity to create their own videos using programs such as Window Movie Maker and TouchCast. Such activities are useful not only for improving children’s ICT skills, but also as a means of collaboration as they have to work in groups to create a project. I am eager to use programs and devices such as Flip Cameras and iPads to encourage children to create their own videos. I feel that this could be achieved when taking children on an educational visit, as they would be able to take short videos of themselves and the things they see while on the trip, and then return to school to create a short video of all the things they have seen and done on the trip. These videos could be created in groups and then displayed in the entrance of the school or shown in a class assembly to celebrate children’s achievement.


There are many advantages to using video in the classroom, such as engagement in the lesson, talk for writing, as a writing prompt, as a hook, bringing a story to life, as a visual representation for SEN and EAL children.
﻿DISCLAIMER:﻿
The author and creator is not responsible for any content which may be encountered on internet sites linked to this site, including any content pushed at you by sites like YouTube.
Powered by