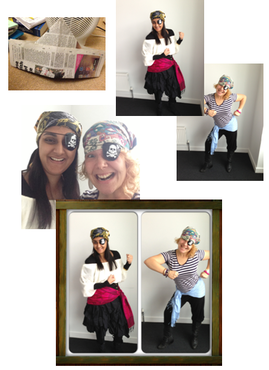 I team-taught a maths lesson to a group of Year 6 children at a school in Rochdale today. Me and my fellow trainee teacher dressed up as pirates for the lesson (see the picture to the right) and we planned a pirate themed lesson on division and multiplication. The lesson involved the pupils dressing up as pirates as we had pirate hats and eye patches for the children and working with their shoulder partners to work through a series of questions. The children were either a Skull or a Bones and we implemented the Kagan Tip Tip Tell structure to the partner work. The children enjoyed working through these problems using either chunking or the grid method for their calculations. We then played Beat the Teacher and he children won! As a plenary we divided the group into two teams who had a treasure map each with slightly more difficult questions. They had to work as a team to solve the number problems and add the total of all the sums to crack the code that opened the treasure chest! (We made a treasure chest out of a cardboard box and decorated it and used a small code padlock to open it with). Their prize was lollipops (which had been checked for allergies) and the children were delighted with their prizes!

This was a fantastic opportunity to work with a year 6 class for me as my GPP placement is in a year 6 class and this has given me the opportunity to get an idea of the ability and type of lessons to plan for this year group. It was also a wonderful way of spending some time interacting with the children and practising some techniques for teaching and behaviour management we have been taught so far on the course. 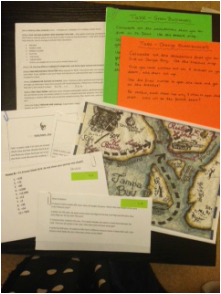 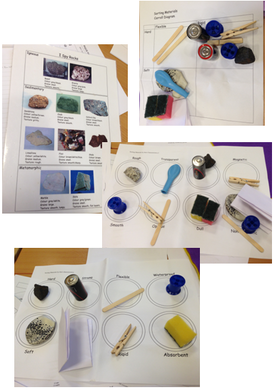 I had a science lesson on materials and I found that using the technique of feely bags to be an engaging and creative way of teaching children to not just look with their eyes, but to also use their sense of touch to feel objects and use language to identify them.


I found that this activity would be great to use in literacy, as children could be encouraged to use adjectives to describe the objects in the bag and then create a sense using this adjective.
31st October 2013 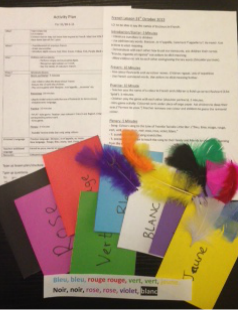 Another different day today! All the trainees took a trip to a primary school to team-teach either a French, Spanish or German lesson. I and Scott went to an outstanding school in Rochdale to teach a French lesson to a group of children in year 3.
Our LOs for the lesson were to teach the children the names of colours in French; this was a fun challenge as the school teaching Spanish. We played a number of fun games after teaching them the names of the colours in order to see if they could recall the French names and we also sang a song to the tune of Twinkle Twinkle Little Star but with the names of the colours! The song lyrics can be found below.